Justice Douglas states in Oregon v. Mitchell that his Supreme Court was fully aware that the 14th Amendment was never intended by its authors nor "we the people" to apply to women, and that it didn't even apply to women with the passage of the 19th Amendment three quarters of a century later which gave women the vote.  He also admits that for more than a century his own court applied it ONLY to the rights of those who had been slaves, both blacks and Whites, to give them the vote, and that it was the COURT on December 21, 1970, and not "we the people", nor the Legislative Branch which has that responsibility, nor even the president (who has more authority than the Judicial Branch to pass such laws but for whom it would STILL be treason), who told "we the people" to just shove it.

It's hard to imagine which of the following possible scenarios is the most egregious:

The following is God's Law, no US court is God, they simply cannot change it, and this will be law for this putative Christian nation for the next 10,000 years!:

By Justice Douglas acknowledging that the court was fully aware that the 14th Amendment had never applied to women, not even with the passage of the 19th Amendment to give women the vote, he establishes our own Supreme Court is an outlaw:

<<<THERE WAS NO RELIEF BY WAY OF THE EQUAL PROTECTION CLAUSE OF THE FOURTEENTH AMENDMENT.  IN MINOR V. HAPPERSETT, 21 WALL.  162, THE COURT HELD IN THE 1874 TERM THAT A STATE COULD CONSTITUTIONALLY RESTRICT THE FRANCHISE TO MEN [and thus that the 14th Amendment did not apply to women, did not give women the vote, that even the 19th Amendment did not change the 14th Amendment which still never applied to women for another 53 years>>>

The historical precedents against such a ruling are immense, almost inconceivable.  We know that for 3,000 years of Israelite history prior to Jesus such a thought was repugnant to God's Law.  We know that at the time of Jesus, 1 Corinthians 11:3 quoted above established God's Natural Order and made any such ideology repugnant to Christians worldwide.  We know that in 1611 at the time of the translation of the KJV version of the Holy Bible that God's Natural Order was a maxim of common law.  We know that between the time Columbus landed here in 1492 and the ratification of the US Constitution in 1776, almost three centuries, that it was God's Law and not man's law which ruled.  We know that some states gave women the vote prior to the ratification of the US Constitution, and that it was that constitution which restricted the vote only to men.  We know that for a century, the term "equal protection" wasn't even in the US Constitution until July 9, 1868, when the Fourteenth Amendment was ratified.  We now know for certain that the court itself knew that this concept of "equal protection" was not intended by its authors to apply to women, was not even applied to women by this same court for more than a century after that, not even the court itself ever considered that it applied to women, and that its application to women in Reed v. Reed in 1971 violated all of their own precedents and made all of their rulings since then "null and void".

This coupled with the unprecedented application to blacks in 1961 also caused an immediate doubling of our already record high divorce rate.

DO YOU RECALL THE CONSTITUTIONAL CONVENTION WHEREIN THE 14TH AMENDMENT WAS AMENDED?  Of course you don't, because it never happened.  Is this what's required to so radically misrepresent the original intentions of the authors of the 14th Amendment and "we the people" so severely that it nullifies our intentions?  Of course it is.  A "supreme court" has no authority to reverse the application of the law established by the Legislative Branch, as well as a century's worth of its own precedents.  After more than a century of it NEVER applying to women, and even the Supreme Court itself acknowledging that fact, this same court CANNOT just willy nilly apply it to women without expecting to suffer the consequences of its actions:

That which is against Devine Law is repugnant to society and is void.

"Where rights secured by the Constitution are involved, there can be no rule making or legislation which would abrogate them quot; Miranda vs Arizona, 384 US 436 p. 491.

"An unconstitutional act is not law; it confers no right; it imposes no duties; affords no protection; it creates no office; it is in legal contemplation, as inoperative as though it had never been passed." Norton vs Shelby County \ 18 US 425 p.442

By the courts' own rulings, their unilateral, unlawful, unGodly, anti-Christ application of "equal protection" to women in Reed v. Reed made the Supreme Court "repugnant to society", "repugnant to the US constitution", made all their rulings since then "null and void", and "inoperative as though it had never been passed". 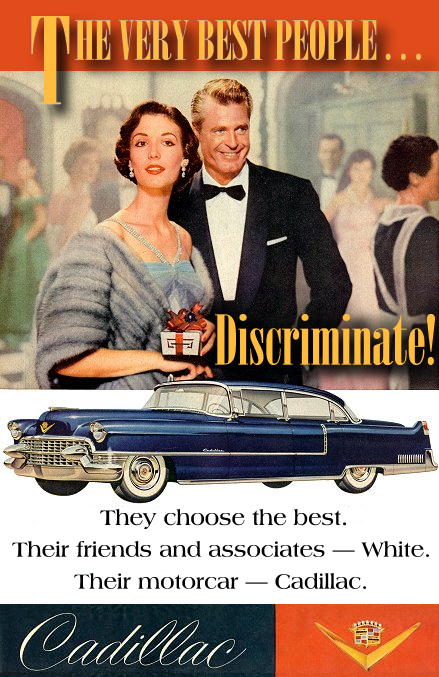 I SUPPOSE THAT IN 1920, WHEN THE NINETEENTH AMENDMENT WAS RATIFIED

GIVING WOMEN THE RIGHT TO VOTE, IT WAS ASSUMED BY MOST CONSTITUTIONAL

RESTRICT THE FRANCHISE TO MEN.  WHILE THE FOURTEENTH AMENDMENT WAS

RELIED UPON, THE THRUST OF THE OPINION WAS DIRECTED AT THE PRIVILEGES

AND IMMUNITIES CLAUSE WITH A SUBSIDIARY REFERENCE TO THE DUE PROCESS

CENTURY AFTER THE FOURTEENTH AMENDMENT WAS ADOPTED-- THAT

DISCRIMINATION AGAINST VOTERS ON GROUNDS OTHER THAN RACE WAS STRUCK

"THIS NEW CONSTITUTIONAL RIGHT WAS MAINLY DESIGNED FOR CITIZENS OF

AFRICAN DESCENT.  THE PRINCIPLE, HOWEVER, THAT THE PROTECTION OF THE

EXERCISE OF THIS RIGHT IS WITHIN THE POWER OF CONGRESS, IS AS NECESSARY

TO THE RIGHT OF OTHER CITIZENS TO VOTE AS TO THE COLORED CITIZEN, AND

IT WAS IN THAT TRADITION THAT WE SAID IN REYNOLDS V. SIMS, SUPRA, AT

555, "THE RIGHT TO VOTE FREELY FOR THE CANDIDATE OF ONE'S CHOICE IS OF

THE ESSENCE OF A DEMOCRATIC SOCIETY, AND ANY RESTRICTIONS ON THAT RIGHT

STRIKE AT THE HEART OF REPRESENTATIVE GOVERNMENT."

THIS "RIGHT TO CHOOSE, SECURED BY THE CONSTITUTION," UNITED STATES

VOTING CONCERNS "POLITICAL" MATTERS; BUT THE RIGHT IS NOT "POLITICAL"

IN THE CONSTITUTIONAL SENSE.  INTERFERENCE WITH IT HAS GIVEN RISE TO A

LONG AND CONSISTENT LINE OF DECISIONS BY THE COURT; AND THE CLAIM HAS

ALWAYS BEEN UPHELD AS JUSTICIABLE.  /5/  WHATEVER DISTINCTION MAY HAVE

BEEN MADE, FOLLOWING THE CIVIL WAR, BETWEEN "CIVIL" AND "POLITICAL"

RIGHTS, HAS PASSED INTO HISTORY.  IN HARPER V; VIRGINIA BOARD OF

EQUAL TREATMENT FOR PURPOSES OF THE EQUAL PROTECTION CLAUSE DO

CHANGE."  THAT STATEMENT IS IN HARMONY WITH MY VIEW OF THE FOURTEENTH

AMENDMENT, AS EXPRESSED BY MY BROTHER BRENNAN:  "WE MUST THEREFORE

CONCLUDE THAT ITS FRAMERS UNDERSTOOD THEIR AMENDMENT TO BE A BROADLY

WORDED INJUNCTION CAPABLE OF BEING INTERPRETED BY FUTURE GENERATIONS IN

ACCORDANCE WITH THE VISION AND NEEDS OF THOSE GENERATIONS."  POST, AT

278.  HENCE THE HISTORY OF THE FOURTEENTH AMENDMENT TENDERED BY MY

BROTHER HARLAN IS IRRELEVANT TO THE PRESENT PROBLEM.

SINCE THE RIGHT IS CIVIL AND NOT "POLITICAL," IT IS PROTECTED BY THE

EQUAL PROTECTION CLAUSE OF THE FOURTEENTH AMENDMENT WHICH IN TURN, BY

SEC. 5 OF THAT AMENDMENT, CAN BE "ENFORCED" BY CONGRESS.

What other than these words in Oregon v. Mitchell, 400 US 112, on December 21, 1970 could have gotten us into the troubles we now face today?  Isn't it treason to claim that "this new constitutional right"--namely the Fourteenth Amendment, and specifically the term "equal protection"--were "mainly" designed for citizens of African descent?  Were not the framers of this amendment were very careful to specify that this amendment was written SOLELY to free slaves, both blacks and Whites, and give them citizenship, be they of African descent or not, or whether they are black or white?  Were not many slaves NOT of African descent, and were not most of those from Africa not slaves?  Would this amendment ever have been ratified if the guarantee were not made by the framers of the amendment that it would apply narrowly to only *slaves*?  Was it not flat out prevarication for the court to change this to "mainly" and "of African descent" after more than a century during which all of their predecessors understood what it meant, applied it themselves exactly as they themselves understood it, and never called for the constitutional convention REQUIRED by the Constitution itself to make such a monumental change?

The court stated that they agreed with the view that "NOTIONS OF WHAT CONSTITUTES EQUAL TREATMENT FOR PURPOSES OF THE EQUAL PROTECTION CLAUSE DO CHANGE".

Did we the people, or Congress, or the States, inform this court that we had either changed our minds about these "notions", or abandoned our Christian principles regarding the sanctity of marriage which this misapplication of "equal protection" completely undermined?  No.  Did the two thirds of the California voters who rejected laws established by judicial fiat (like affirmative action) support such an assertion that these "notions" changed?  Just the opposite.  Isn't it clear as a bell that the 84% of whites and 76% of blacks who answered in the Gallup Poll that they do not support racial set-asides, would not support such an assertion?  Sure.  Aren't the 90% of women in the home who stated that they did not envy women in the workplace, and the 50% of the women in the workplace who said that they DO envy women in the home, demonstrating by example that they do NOT support support such an assertion?  Absolutely.  Wouldn't the 80% of women entering Eastern feminist universities who soundly reject feminism, reject such an assertion, as well as the 98% of women who've expressed utter disgust for feminism, disagree with such a conclusion?  No doubt about it.  Aren't the majority who voted against the "Equal Rights Amendment" who defeated such notions contrary to such a conclusion.  In SPADES!

Exactly WHO,then, is the court talking about?   Their pet iguanas?

Not even the small number of people who might agree with such a ruling even had the chance to debate or even discuss it, because it happened by the will of 9 (or fewer) Supreme Court Justices, and only by them.  When the court says: "WE MUST THEREFORE CONCLUDE THAT ITS FRAMERS UNDERSTOOD THEIR AMENDMENT TO BE A BROADLY WORDED INJUNCTION CAPABLE OF BEING INTERPRETED BY FUTURE GENERATIONS IN ACCORDANCE WITH THE VISION AND NEEDS OF THOSE GENERATIONS", exactly WHO is the court talking about?

The legislature asked!: by way of the "Equal Rights Amendment" and we the people responded with a resounding "NO".  Most of those who belong to these "future generations" weren't even asked, much less even given the chance to say "NO".

And the few who were asked, did say "NO".

The distinction the court made between "civil" and "political" rights didn't even exist in the minds of those who drafted the Fourteenth Amendment, so using this to conclude that the framers "understood their amendment to be a broadly worded injunction", when they knew that the framers were under the gun to craft the narrowest injunction possible (namely to apply only to slaves, and not to women, nor to women slaves), and DID craft such an amendment, and did APPLY such an amendment for more than a century, is specious beyond words.  It's a direct violation of the will of the people, AND of Congress.  To say that it "CAN BE "ENFORCED" BY CONGRESS" when Congress itself stated over and over and over again for MORE THAN A CENTURY that the amendment was intended for that one narrow application, is judicial fiat.  There was no single act of Congress which allowed the Supreme Court to make such an "interpretation" of this amendment--it was accomplished solely by an extremist, unpopular, ill-founded Supreme Court ruling, which has had devastating consequences, not the least of which is the ultimate admission of women to and destruction of VMI.